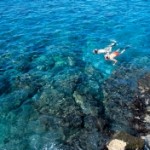 Jean & Abbott encourages our guests and visitors to check out the Snorkel Bob site… rent their gear, book their activities… why? because of their efforts to protect our oceans through the ‘Snorkel Bob Foundation‘.

The Snorkel Bob Foundation focuses on reef recovery. To that end, the Foundation will oppose fin-fish harvesting that may cause reef collapse or critical by-catch. It’s all one reef; the Snorkel Bob Foundation recognizes the global impact of problems occurring on reefs around the world, and will  focus on this as well as the recovery and protection of whales, monk seals, dolphins and other marine cetaceans. Offensive vessels shall include long liners, drift netters, whalers and factory ships.

The Snorkel Bob Foundation shall further resist reef fish harvest by any means for commercial sale or display by the aquarium trade. Commercial sale of freeze dried seahorses, blowfish, seashells or corals is an assault on reefs worldwide, warranting response, as the Foundation is able to provide. We will also defend marine habitat against human effluent where mitigation is still practical.  The Foundation donates ‘Snorkel Bob’ Brand masks, fins and snorkels to those organizations engaged in defense of marine habit and/or species. 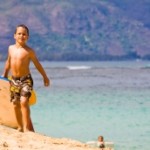 The Snorkel Bob Foundation was instrumental in exposing the Hawaii aquarium trade and its devastating attack on Hawaii reefs. The aquarium trade fills 80% of all tanks in the U.S. with Hawaii reef fish, 99% of which die in ayear. Those same fish live up to 40 years on the reef. Those fish leave $3-4 each in Hawaii but retail for $40-50, and each fish requires a few hundred dollars more in hardware—tanks, filters, pumps, etc.
The struggle continues. Hawaii aquarium hunters have no limit on their catch, no limit on the number of catchers and no constraint on species. 80% of the fish taken by the aquarium trade are herbivores. The biggest threat to Hawaii reefs is algae.

The Snorkel Bob Foundation donated masks, fins and snorkels to the Kauai Children’s Discovery Museum and to the Ko’ie’ie Fishpond on Maui, so that Hawaii children on these islands can visit the reef and see what they’ve been missing. 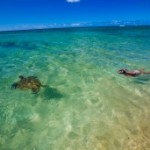 The Snorkel Bob Foundation donated $45,000 in Snorkel Bob Brand masks, fins & snorkels to 6 Pacific island nations through Coastal Resources & the Peace Corps, in order to show the residents of those islands what they’ve been missing—that their reefs can provide a wealth of sustenance far more valuable than a convenient dumping ground. Reef recovery has begun in those places.

The Snorkel Bob Foundation produced Turtlerama in 2004, a gala evening of turtle and reef movies, once on each island, so that reef huggers around Hawaii could gather to celebrate what we love, and to mobilize a petition and letter campaign to the Secretary General of the United Nations, urging the ban of North Pacific drift nets and long lines.

In 2010, a move is afoot to take Hawaiian green sea turtles off the endangered species list so that these turtles may be eaten. This initiative by the National Marine Fisheries “Service” is part of a greater move to reopen the Hawaii long line fishery, so that the turtle and sea bird by-catch kill will be tripled, and many thousands of humans will incur mercury poisoning from eating tainted swordfish. The Snorkel Bob Foundation is now focused on that campaign. 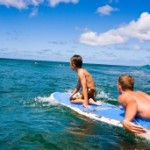 the parrot-fish as they sleep. Parrot-fish are a lynchpin species. The Snorkel Bob Foundation is focused on this challenge and several others.

We hope you find our ‘Go Green; Preserving our ‘Aina’  news and event updates useful in plotting your own course for a better Hawaii.  Be sure to share it with your friends and family!